Amazing things happening.  This past week, I did something I've been wanting to do, but haven't: workout 6 days a week and track my eating on Sparkpeople.  And I did!  For the past two weeks, I've just been conscious.  Conscious of the work I'm putting in, and what I've fueling my body with.  It's made such a difference.  So, this is really just an update.  I start week three of the C25K program today.  In my heart I'm a runner lol.  In actuality, I'm barely jogging. But, it's good. I'm going to get there.  So achieving that birthday 10, definitely sparked something in me. Makes me feel "empowered".  So, that's where I am now.  I also, check on NowLoss regularly, for tidbits of information and I stay HERE as often as I can, because the website owner is such an inspiration to me to keep moving. I'm adding two new goals: actively doing yoga and getting up to 3 minutes worth of jump roping. I can do a minute here and there, but 3 minutes straight just hasn't worked for me yet.  Also, on the yoga, I'm still intrigued by it and surprisingly I can do some of the poses better now, but if I actively did it. I know I could do it better.
Posted by Crystal at 8:49 AM 2 comments:

What’s the biggest lesson you learned so far this year?

So, I'm still adjusting to the time change. I've been tired since Monday of last week.  Normally, I adjust better than this. But this time it's been kicking my tail.  Aiming for a 10:00 bed time in hopes that that might help.

I didn't post anything at all last week.  I hadn't even been enthused enough to keep up with blogs that I'm subscribed to.  Just been tired. So, well, I've been sleeping lol.  A JumpRope memoirs post coming soon.
Posted by Crystal at 12:14 PM No comments:

Unplugged with Lauryn: A Beautiful Mess 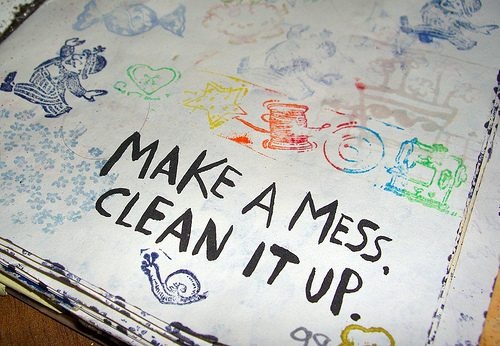 Oddly enough I've been meaning to make this post for several days now but I hadn't. Thoughts have been swimming and intertwining so I can create this prose of random sense.  For the past 2 weeks, I kept having this feeling of being stuck in a rut.  You, might say the year just started and I would agree.  But I'm glad now since I've come on the other side, that all that has happened in the past two weeks did happen.  It needed to happen, so that I'd make a move.  Which, I found it totally encouraging that in church Sunday, my granddad was talking about what of course: Being stuck in a rut! And I was amazed, cause I knew I'd been feeling that way.  So, the first time this mood overtook me I pulled out Lauryn Hill's Unplugged album. And at the stage I'm in now, the lyrics were received new.  That trapped feeling of people not wanting you to just be you. Being expected to be on at all times and I just refuse to. I want to smile cause I want to, look sneaky even if I want to and not have to explain why. And I don't. lol. It actually put a spin on my perspective. Reminding me that I, like many other people, make things important that are not. But when I came out of that moment, I realized the cycle I had created for myself without knowing it.  The defeatist attitude, that half-caring attitude and that wasn't good.  I was just doing without love, without purpose and definitely without passion and I don't want to. I prefer to be one whose proactive instead of reactive.  So, I have to make a conscious effort to do so. This week, I took a day off.  Not because I was ill, thankfully.  But because I was mentally tired. Just drained. Thinking all the time about something or another.  And that day, I wanted to completely be free of my routine and therefore I did.  I went to the gym and had a laugh at myself... and laid down for most of the day.  Not sleeping, just laying. Praying, having a miniature consultation with God.  The clarity of the mess I'd made with myself was just slapping me in the face.  I didn't waste my day placing blame, but allowing it to be what it was. Truth. So, it refreshed me. It's done something to my meditation, my dealings with people, my dealings with myself and that's grand. Of course I've had some interruptions in my thinking process on my journey to being better even after this moment.  But, the thing now is to take some time out to be selfish, to just enjoy, to just love, to nourish and to be. To be kind, but truthful to myself.
Posted by Crystal at 3:45 AM No comments:

Name a book that changed your life. What influence did it have on your thoughts, attitudes, and actions?

I read often. I read for the appeal of the story.  Hmm, did this change my life?... I would say so based on the fact that I've returned to read it several times just to remind myself to keep going and to get the free flowing feeling. This is a book I like to read when I'm in a transition period; changing from one thing to something new or just feeling new, trying to establish new habits, routines or goals.  This book inspires me to dream bigger for myself, to not settle in any aspect of my life and try new things.  I usually go into an all out home cleansing phase when I read this book too.  Aside from the evolving love story, it hits on growth, stepping out on faith, being afraid, roadblocks we encounter when trying to better ourselves, the excitement of new relationships and the problems that come with it too. And I love it for that.
Posted by Crystal at 3:37 PM No comments:

The post topics for this week are not my faves. So, I'm going to use the topic from Here.  The seduction of starting over hits me ever so often.  I begin to feel stuck and trapped by monotony.  Last summer while out on break, I was contemplating moving to a new city. Not that I was ready to move, but the idea of starting over and meeting new people, experiencing new places and things was exciting.

The question:Is it time for you to start over in some way? If so, what’s the first step you can take today? And I think it is time for me to start over in some way, I just haven't figured out exactly what that thing is just yet. So, maybe that could be it lol, being more self aware. I have several areas of my life I could use an overhaul or jump start on. So, my first step to take tonight will be to make a sticky note lol, so I can make a list of those things tomorrow.

Posted by Crystal at 3:40 PM No comments:

Exercise: The final assignment for the challenge is to really look to the year ahead and think about what big picture theme you want to manifest most. We will do this in two parts.

Choose a theme word for the year ahead. What one word or phrase represents what you want to bring about in the next 12 months? (For example, my theme for 2010 was “The Year of Happy” where I made a personal commitment to myself to do everything that makes me happy and stop doing the things that don’t. And out of that theme, the Happy Black Woman blog was born!)

Choose a theme song for the coming year. Imagine what song you would want following you around during your daily journey to live your ideal life. It should be a song that brings about some kind of motivation or inspiration for you.

Oddly enough I did this, or called myself doing this at the end of 2010. Funny how perception and growth can change the outlook of so many things.

Posted by Crystal at 7:34 AM No comments:

Places that take me there...