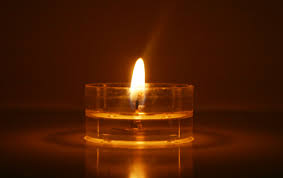 I have this bad when school is back in session.  The first few weeks always appear to be a chaotic imbalance between productivity and being wasteful with my time.  Whenever school starts back there's a mixture of excitement, nervousness and being overwhelmed that creeps over me. I'm excited about the new challenges I'll be faced with as a teacher, but also nervous about the group as well: how we'll mesh, how I'm going to teach them.  And feeling overwhelmed because with a new school year comes also a lot of demands on my time.  At work and at home.  Because work runs over into home in the beginning.  There's just so much to get together for class, for the parents, for the students, for roles,etc.  And it becomes a question of what time do I shut off?  What time do I stop so I can actually rest?  Because I know I'm going to get up early, like 5:30 a.m. or before early because I'm trying to maximize my morning time into things of enjoyment that I rarely get to do after work and the gym...

So, this leads me to going back to something I used to do that worked really well. I used to have a productivity hour in the evening.  I'd write on my white board what I was going to do, set my timer and get at it.  Why? Well for starters it keeps me on task. Also, i know that when that timer dings... I need to wrap it up and go on to the something else. Usually getting ready for bed,the next day, reading.  So, I must take that back on this week.  Because I am not trying to get burned out or overly frustrated before I even get started with class.  I know I have a challenge ahead of me... but here's to mindfulness, productivity and health.

How do you keep yourself from burning the midnight oil constantly?
Posted by Crystal at 3:49 PM No comments:

My Dearest Self, I know you seemingly think that by switching things up that you no longer have a connection with me, that you are no longer susceptible to the charms that I somehow add to your life. But if you really believed that you wouldn't be writing this post.

This week marked the end of my summer break.  It's time to go back to the grind. To my working life. I'm a teacher. I teacher Kindergarten children from August to May with joy and gladness.  But my break this time just seemed so short.  I did so much.  But it felt absolutely divine not having to be anywhere unless I so chose to.  And therein lies my dilemma now.  I've been trying to establish a routine.  Yes! And even that is a dilemma. Why? Well, I've unprogrammed that go to bed early get up early go to work, go to the gym, go home and cycle it bug.  Now, I'm so caught up in enjoying, that that just doesn't fit me anymore.  But it's almost like when August hit, my mind began to immediately seek that way of doing things.  It hasn't worked.  I've been staying up late reading, creating, shuffling, etc and getting up early and then groaning my way into wakefulness.  I envision how I want my mornings to jumpstart and how I want my day to go, but putting it into practice without getting stuck in a routine keeps me on pause.

So, what do you do to have order but not be confined to that order?

Posted by Crystal at 3:09 PM No comments:

Email ThisBlogThis!Share to TwitterShare to FacebookShare to Pinterest
Labels: mindfulness

Newness: So, I've been disconnected for a while.  Felt good. Felt needed. But now I'm back and I'm ready. Lol.
So much spinning around in my mind. I've been inspired by this post : Gone Manifesting by Kim Jackson  I have several things I want to manifest. But I want to focus on one thing at a time.. or something like that lol. I know me. Sometimes I do the most.
Teaching: Summer is almost over for me as a teacher. That in itself brings excitement and a small ounce of trepidation.  It's always a learning experience working with children. But I'm excited about the growth that I know is going to take place. I know there will be some stress too. I'm not even going to psyche myself up like it isn't.  My goal is to have my classroom ready by next Tuesday. I'll even post pictures.  And being back amongst my coworkers isn't how I had initially fretted
it might be in my head. It's a mixture of watchfulness, excitement and ok keep it moving on my part. So, I'm good.
Dating:..errr lol
Healthiness: Still going strong at the gym! Food however has been a struggle. But I'm mindful of this. I do so much better when I prepare my food at home.  I have a blender I have yet to use. But I so want to get some  recipes and get that sucker going.  I'm intrigued by the Pescetarian lifestyle.  And plan on taking a gander at this real soon. When I do, I'll be sure to report any differences/benefits. My weight-the number has been fluctuating but mostly staying the same.  So, yeah I need to shake that up.  I've shifted to losing and toning.  Because I want to lose but I don't want to be all sagging flesh as I'm losing. Umm no, that would be a negative.
Travel: I've been on the move... and I love it! Georgia and Texas... and soon Texas again have been my spots for July.  Which amazingly I wrote in January on 31 Day Reset that that was a goal of mine. To get out and go and I'm trying to get my finances in order so I can do more of that.

Hair: I've added Design Essentials into my hair product miniature arsenal. I've been twisting with SheaMoisture deep treatment masque.  Tried it with TCB setting lotion and then the DE oil... love  the results. Moisturized, shiny, touchable, moving hair. What I've noticed: As my hair gets longer, I get my shrinkage after a wash and my smaller twists are starting to leaving me little knots. I'm not feeling that latter part at all.  But I'll figure it out.
Mindfulness: I realized this week I was losing some of my go juice lol. But today I think I tapped into it and I'm glad I did. I sometimes loathe being stuck in a rut, but I've learned that I have to be still and just figure out how I got there, why I'm there and what it's going to take to get from there.  Growth is Beautiful.
Posted by Crystal at 6:29 PM No comments:

Places that take me there...